Full Name
Tom Gerrie
Job Title
Owner and Winegrower
Company
Cristom Vineyards
Speaker Bio
Tom Gerrie is the winegrower and second-generation owner of Cristom Vineyards. After graduating from the University of Washington, Tom worked harvests at Bethel Heights Vineyard in the Willamette Valley, Domaine François Mikulski of Meursault in the Côte de Beaune of Burgundy, and with Brian Croser at Tappanappa Wines in the Adelaide Hills of Australia. Since 2007, he has worked alongside Cristom's original winemaker, Steve Doerner, who has inspired the foundation of Tom’s winemaking philosophy.

Tom's parents, Paul and Eileen, established Cristom in 1992 with a vision to grow world class Pinot noir. In 2012, Tom became the majority owner overseeing all aspects of vineyard management and winemaking, and leads Cristom with a 100-year vision of the future. With a winegrowing philosophy based on soil and plant health and nutrition, he has led the transition to organic farming and incorporates Biodynamic principles and methods across the estate.
Speaking At
Whole Cluster Fermentation: Intent, Execution, Expression and Analytics (with tasting) 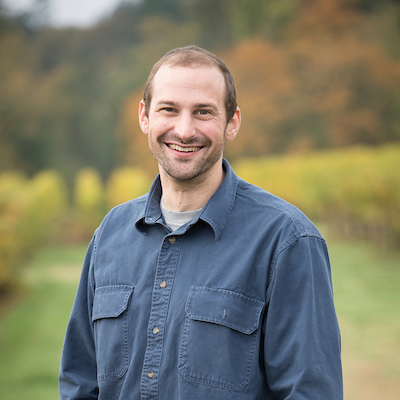